As the morning sun shines its rays upon the Suoi Nuoc bay signalling the start of the 7th Jibe’s Suoi Nuoc Beach Volleyball Tournament. The official registration desk opened to excited coloured coded teams eager to get the games under way and keeping within the spirit of the tournament of having a great day, attracting both locals and those from further away to come together to celebrate the Vietnamese beach life style in a competitive and always fun way.

This year was a record breaker with a total of 10 teams competing, some familiar faces and some new fresh teams all ready to prove themselves on the courts (KTA Media, Heat Time, Blue Ocean, Truong Dinh, Vietnam Balloon and Surf4U). Not only did we see many new faces but a brand new and exciting title sponsored “Vietnam Balloon” generously provided some once in a life time hot air balloon flights as first prize as well as other balloon flights to be won for 2nd and 3rd also a few tickets for these flights were offered as part of the lucky draw (open to spectators).

The event was run as a Ten Team Double Elimination Tournament, the beauty of this type of tournament is that it gives every single team the chance to lose once and still have a re-entry with the opportunity to improve their ranking and to maybe even take it all the way to the final, with each team being guaranteed at least 2 games. To start the event team captain took a number from a hat (blind draw) to determine their first game and their first opponent.

One of the very first games saw two of the strongest teams in the event face each other (Palmira v’s Pandanus), so we knew at this point at least one of the stronger teams would be knocked down into the loser’s bracket, great news for the not so experienced teams. This game saw Pandanus get knocked down and so they took their place inline to await their second chance.

After the first few games had been played we began to see the weaker teams drop down the rankings as the stronger teams powered through. It is a this point we must show our recognition to the amazing Blue Ocean team, a brand new team for this year, mainly made up of younger inexperienced players, their performance certainly did not give this impression as they gave it their all using every skill they had and making it very respectfully into the 3rd round before being knocked out of the games by Pandanus.

As the games continued the pressure increased.Truong Dinh another new comer excelled showing the veteran teams that this was not a time to sit back and relax.Truong Dinh made it all the way to the semi-finals but due to complications beyond their control they had to pull out early giving Victoria an open pass all the way to the finals.

And so the finals began. This show down was between the as of yet unbeaten Palmira and the courageous Victoria who had already fought back hard to get back into the finals after losing one of their previous games. Victoria played well but signs of fatigue were already beginning to show, even in this situation Victoria still made Palmira work hard for each and every point. The first set saw Palmira scrape a win with 15 points to 10. Palmira knew that it was necessary to win the second set if they wanted to seal the first place position, a loss at this stage would see another set having to be played giving Victoria the chance to steal the tournament. Set 2 ended with Palmira hitting the 15 points whilst Victoria managed a very respectful 8 points and taking an overall second place.

Closing ceremonies soon got under way with excited faces not only wanting to know final scores but also what amazing prizes were about to come their way. The usual array of fantastic prizes and gifts were available as well as a free entry lucky draw open to all spectators, giving everyone the chance to win a free flight, luxury accommodation, restaurant vouchers etc.

The organizers would like to extend a very warm thank you to all the amazing sponsors for this year’s event, prizes varied from free Hot Air Balloon rides, Green fees, Accommodation vouchers from some of the most prestigious resorts in the area, Evening meals, Drinks vouchers, Mini golf vouchers to name but a few. It is always very important that we make sure each and every team leaves with some lovely gifts even if they were not able to make it to the final. The sponsors kindness and support goes such a long way in enabling the organisers to make this tournament possible, so we would like to take this time to thank:

As is tradition for this event, the evening party saw lots of free wine and beer available this really helps to keep the players batteries charged so they can make the most of the delicious buffet provided by Full Moon Village, once gain the choice and quality of delectable food left all with smiling faces and big bellies. The lucky draw provided those unable to play with the opportunity to win some great prizes also, no one needed to leave empty handed. Final congratulations go to all involved but especially to Palmira for their win securing free entry into next year’s event (7th July 2018). Get training and let’s make 2018 Beach Volley Ball another event to remember!!!! 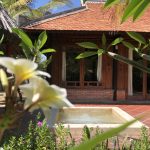 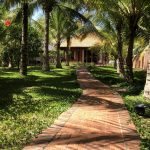 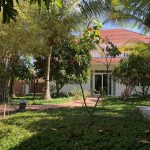